Canadian English--historically overwhelmed by British and American linguistic influences--contains comparatively few terms unique to Canada. It comes as no surprise, then, that only about 2000 of the ... Read full review 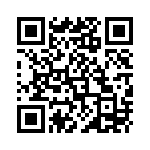