I liked this book a lot, but I am not sure how good it is, if that makes much sense. There is a lot of explaining about how free software and cryptography works intertangled with techno-libertarian ... Read full review

So this is a pretty interesting book, but it's one of those "political argument in novel form" books that I always hold to a higher standard. The annoying thing about this book is that Marcus never ... Read full review

Canadian-born Cory Doctorow is the author of the New York Times bestselling novel Little Brother. He has won the Locus Award for his fiction three times, been nominated for both the Hugo and the Nebula, and is the only author to have won both the John W. Campbell Award for Best New Writer and the Campbell Award for best SF Novel of the Year. He is the co-editor of BoingBoing.net, writes columns for Make, Information Week, the Guardian online and Locus and has been named one of the internet's top 25 influencers by Forbes magazine and a Young Global Leader by the World Economic Forum. Cory Doctorow lives in London with his wife and daughter. 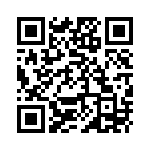