Try the new Google Books
Check out the new look and enjoy easier access to your favorite features
Try it now
Buy eBook - $24.79

Jeff Kingston is Professor of History and Director of Asian Studies at the Japan Campus of Temple University. He has written widely on modern Japanese history and Japan's relations with Asia, including the books Japan in Transformation 1952–2000 (2001) and Japan's Quiet Transformation: Social Change and Civil Society in the 21st Century (2004). He has also edited Natural Disaster and Nuclear Crisis in Japan (2012). With academic interests that include a broader regional purview, he contributes to a variety of major publications and is regularly interviewed by global media outlets. 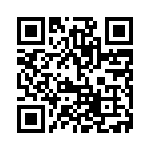