Almost all readers must have a soft spot for Penguin Books. This is the story of Allen Lane, the founder and driving force of Penguin. It is written in a believable and pleasantly un-fawning manner ... Read full review

Jeremy Morley Lewis was born in Salisbury, England on March 15, 1942. He read history at Trinity College, Dublin and received a master's degree in European studies from the University of Sussex. He worked for several publishing houses including William Collins, Oxford University Press, and Chatto and Windus. He also worked on literary magazines including the Literary Review and The Oldie. He wrote three autobiographical books entitled Playing for Time, Kindred Spirits: Adrift in Literary London, and Grub Street Irregular: Scenes from Literary Life. His other books included Cyril Connolly: A Life, Tobias Smollett, Penguin Special: The Life and Times of Allen Lane, Shades of Greene: One Generation of an English Family, and David Astor. He died on April 10, 2017 at the age of 75. 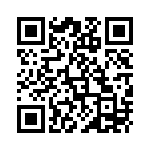