Originally from Maryland I have been playing and coaching lacrosse for years and bought this book to use as a fundamentals reference guide for new coaches players and parents. Much of the foundation ... Read full review

The National Alliance For Youth Sports has been America’s leading advocate for positive and safe sports for children for more than 25 years. It serves volunteer coaches, parents with children involved in organized sports, game officials, youth sports administrators, league directors, and the youngsters who participate in organized sports. The Alliance’s programs are utilized in more than 3,000 communities nationwide by parks and recreation departments, Boys & Girls Clubs, Police Athletic Leagues, YMCAs/YWCAs, and various independent youth service groups, as well as on military installations worldwide. For more information on the Alliance’s programs, which are listed below, visit www.nays.org.

Greg Bach is the communications director for the National Alliance For Youth Sports (NAYS), a position he has held since 1993. Before joining NAYS, he worked as the sports editor of the Huron Daily Tribune in Bad Axe, Michigan, where he captured numerous writing awards from the Associated Press, Michigan Press Association, and the Hearst Corporation. He has a journalism degree from Michigan State University, which he earned in 1989, and is a devoted follower of his beloved Spartans in all sports. He’s also the author of Coaching Soccer For Dummies, Coaching Football For Dummies, Coaching Basketball For Dummies, and Coaching Baseball For Dummies. 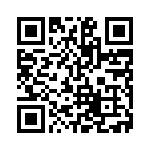