An interesting book on the intriguing marriage of magic tricks and intelligence operations. Overall, a quick read, but not a book I can rave about. Read full review

Question: Are the tricks and deceptions described by John Mulholland in his CIA manual of magic for spies more James Bondesque or Maxwell Smartish? Answer: Definitely the latter. Many of the hocus ... Read full review

H. Keith Melton, a graduate of the U.S. Naval Academy, is an intelligence historian and a specialist in clandestine technology and espionage "tradecraft." He is the author of several books, including CIA Special Weapons and Equipment, Clandestine Warfare, and The Ultimate Spy Book. 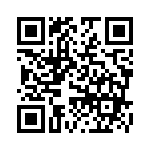