CHASING MEDICAL MIRACLES: The Promise and Perils of Clinical Trails

Chasing Medical Miracles: The Promise and Perils of Clinical Trials

After entering a clinical trial for diabetes in which pancreas islet cells are transplanted into diabetes patients, O'Meara, a journalist and diabetic with hypoglycemic unawareness, chronicles not ... Read full review

Alex O'Meara is a freelance journalist who has worked for the City News Bureau of Chicago, Newsday, the Baltimore Sun, and many other media organizations. In an effort to cure his type-1 diabetes, he participated in a risky and groundbreaking clinical trial to receive a transplant of islet cells from several cadaver pancreases. This is his first book. He lives in Bisbee, Arizona. 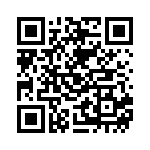