Fun book with lots of stats. Second book due in 2010. Read full review

Rollie Fingers is one of the most recognizable players in major league history, due to his playful charisma and handlebar moustache as much as to his 17-year career with the Oakland A's, San Diego Padres, and Milwaukee Brewers. He is one of only two relief pitchers in history to have won a Cy Young Award, a league Most Valuable Player Award, and to be enshrined in the Baseball Hall of Fame. He is a popular celebrity for golf tournaments, autograph shows, and baseball fantasy camps, and he currently lives in Las Vegas.

Christopher "Yellowstone" Ritter is an entertainment manager and media consultant, a contributing writer to the pages of Magic Magazine and several Comedy Central Specials and the co-writer for the upcoming Amazing Johnathan autobiography Smoke and Mirrors. An accomplished public speaker, Mr. Ritter divides his time between Manhattan, Chicago, and Las Vegas. 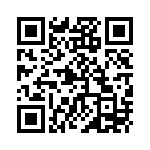