JACK MIRTLE is a musician and graduate of the Royal Academy of Music, London, and the University of Calgary, Alberta. He belongs to the American Federation of Musicians, the International Trumpet Guild, and the Big Band Academy of America, and is the author of Thank You Music Lovers: A Bio-Discography of Spike Jones and His City Slickers, 1941-1965 (Greenwood, 1986). 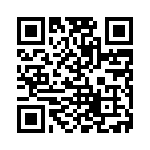