I've found the Modern Library Chronicles books to be somewhat of a mixed bag, as another reviewer aptly put it. Hans Kung's "The Catholic Church: A Short History" and Stephen Kotkin's "Uncivil Society ... Read full review

FRANK KERMODE is Britain’s most distinguished scholar of sixteenth- and seventeenth-century literature. He has written and edited numerous works, including Shakespeare’s Language, Forms of Attention, Not Entitled, The Genesis of Secrecy, and The Sense of an Ending. He has taught at many universities, including University College, London, and Cambridge University, and has been a visiting professor at Columbia, Harvard, Yale, and several other American colleges. He lives in Cambridge, England. 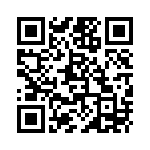