Joseph Agonito, PhD, an award-winning author, has published three books, as well as numerous popular and scholarly articles, and produced three film documentaries. He is the co-author of Buffalo Calf Road Woman: The Story of a Warrior of the Little Bighorn, based on a true story, which won the 2006 Western Heritage Award for Outstanding Novel. He also won the Nebraska State Historical Society’s Sellers Memorial Award for an Outstanding Original Contribution published in Nebraska History, “Young Man Afraid of His Horses: The Reservation Years,” and three film awards for his documentary work. His most recent book was Lakota Portraits: Lives of the Legendary Plains People. Professor Emeritus of American History, he specializes in the Plains Indians and the American West. Agonito has lectured widely on these and other topics. 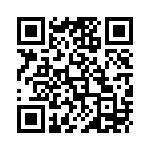