41 pages matching wonder in this book

PAPERBACK ORIGINAL: A Novel About Making a Novel

British slacker in India has to become a successful author within five years if he's to inherit a fortune.Joshua King is a spoiled loser. Born in London, he had a privileged upbringing and expensive ... Read full review

Stopped reading it halfway through. Wasn't keeping me interested enough to finish it. Read full review

Every writer dreams of producing a literary work that defines his or her generation. For J.D. Salinger, it was "The Catcher in the Rye"; for Alex Garland, "The Beach," But for Will Rhode, it's, well, something like "The Beach"-but different. Born in London, Rhode has worked for Reuters in India, made films in Thailand, and wrote financial journalism in Hong Kong. Moving to New York City with his wife and son, he worked as the editor of "Risk," a financial magazine, until he worked up the courage to quit and write a paperback original. 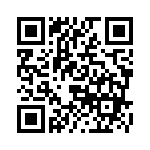