James Lander teaches history at TASIS American School in England. He is the author of Roman Stone Fortifications: Variation and Change from the First Century A.D. to the Fourth and Peter Labilliere: The Man Buried Upside Down on Box Hill. 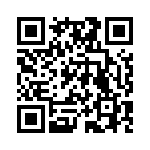