Paul R. Josephson is a professor of history at Colby College and author of Motorized Obsessions: Life, Liberty, and the Small-Bore Engine, also published by Johns Hopkins. 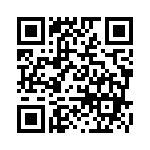