A fascinating, event by event, history of the race. It is especially fun to read about the early marathons--with race leaders stopping at cafes to have some wine, people running in their street shoes, etc. Read full review

David E. Martin, PhD, is a Fellow in the American College of Sports Medicine (ACSM), as well as a contributing member of the Association of Track and Field Statisticians (ATFS), the International Marathon Medical Directors Association (IMMDA), the Association of International Marathons (AIMS), and the International Society of Olympic Historians (ISOH). This multidisciplinary approach to the study of top-level marathon performance--from a scientific as well as historical viewpoint--gives him a unique perspective. In 1978, Martin was selected by the U.S. Olympic Academy to be one of three representatives to the International Olympic Academy. Even before then, he had begun to compile a database of top-level men's and women's performances. His work has continued, and the list now tops 44,000 performances. This provides an unparalleled resource for his research on the use of mathematical modeling techniques to assess performance trends in distance running.

Martin is co-author of The Marathon Footrace (1979, with Gynn), Training Distance Runners (1991), and Better Training for Distance Runners (1997). Since 1979, he has served prominently as chair of committees within USA Track & Field applying his sport science and coaching skills to the guidance of many of America's top distance runners. And since 1989, he has been marathon statistician for the ATFS, taking over the role pioneered by coauthor Roger Gynn. Martin lives in Decatur, Georgia.

Roger W.H. Gynn began documenting marathons in the late 1950s and is today one the world's foremost experts on marathon statistics. He was the marathon statistician for the Association of Track & Field Statisticians (ATFS) from 1968 to 1988. In this role, he was responsible for producing documentation on the marathon for the ATFS Annual, the definitive source for track and field performance statistics. Gynn also spent 20 years preparing annual marathon rankings for Track & Field News. 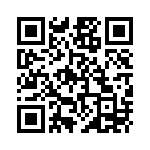