Collects the first 10 issues of the series with two excellent arcs. This is McBain-style police procedural with all the banter, obsessive detective work and intense partnerships you would expect in a ... Read full review

With the new TV series Gotham currently being cast there has been a bit of buzz around what the storyline is going to be about. Unfortunately it is not going to be based upon this excellent series by ... Read full review

A one-time cartoonist, Ed Brubaker has been working as a writer since the early 1990s, and in that time his work has won several awards, including both the Harvey and Eisner Awards for Best Writer in 2007, and has been translated around the world. His comics credits include BATMAN, CATWOMAN, GOTHAM CENTRAL and SLEEPER for DC/WildStorm and Daredevil, Captain America and Criminal for Marvel. He lives and works in Seattle, Washington with his wife, Melanie, and many pets. 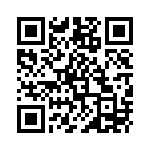