Donald T. Critchlow is a Professor of History at Arizona State University. He has authored and edited numerous books, including The Conservative Ascendancy: How the GOP Made Political History (2007, revised 2011); Phyllis Schlafly and Grassroots Conservatism (2005); and Intended Consequences: Birth Control, Abortion, and the Federal Government (1999). He is currently working on a data-driven book, American Democracy Now and its Future. He is editor of the Journal of Policy History, an interdisciplinary quarterly published by Cambridge University Press, and general editor of the Cambridge Essential Histories Series. 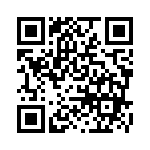