John Peter Lange (1802-1884) was a renowned theologian and Biblical scholar who was an uncompromising opponent of 19th century German rationalism. In 1841 Lange became professor of theology at Zurich, a position originally offered to Strauss. His first major work at Zurich was Leben Jesu nach den Evangelien (five volumes, 1844-1847), translated into English in 1864 as The Life of the Lord Jesus Christ. In 1854 he succeeded I. A. Dorner as professor of dogmatics at Bonn. Lange was a prolific author whose writings included hymns. His name is primarily known in America through this translation, edited by Philip Schaff, of his Theologischhomiletisches Bibelwerk. Philip Schaff (1819-1893), American theologian and church historian, was born in Chur, Switzerland on the fist of January, 1819. He was educated at the gymnasium of Stuttgart, and at the universities of Tuebingen, Halle, and Berlin, where he was successively influenced by Baur, Tholuck, and Neander. In 1843 he became Professor of Church History and Biblical Literature at the German Reformed Theological Seminary of Mercersburg, Pennsylvania. His inaugural address on The Principle of Protestantism, delivered in German at Reading, Pennsylvania, in 1844, and published in German with an English version by J. W. Nevin, was a pioneer work in the field of symbolics. 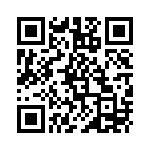