Anna M. Silvas is a research fellow in the School of Humanities at the University of New England, Australia. Her research concentrates on late antiquity, particularly on the development of Christian monasticism and the spirituality of ascetic women in early and medieval Christianity. Her published works include translation of ancient literature as well as monographs. Forthcoming is the first critical edition of the Syriac Questions of the Brothers. 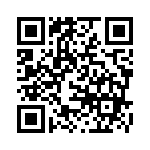