Abrams is a father, husband, actor and now writer. He is a graduate of UC Berkeley. He recently served as a technical advisor for autism on an episode of the "The District" and has created a script about an autistic young man's journey.

Sir Tony Wrigley is a member and co-founder of the Cambridge Group for the History of Population and Social Structure and a former President of the British Academy. His previous publications include Population and History (1969), People, Cities and Wealth (1987), Continuity, Chance and Change (1988), Poverty, Progress, and Population (2004), and, with R. S. Schofield, The Population History of England 1541 1871 (1981). 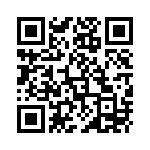