Mark Graham is the author of How Islam Created the Modern World and several works of fiction, including the Edgar Allan Poe Award–winning novel The Black Maria: A Mystery of Old Philadelphia. He lives in Pennsylvania. 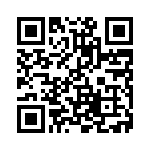