Prof. Ralf Steinmetz worked for over nine years in industrial research and development of distributed multimedia systems and applications. Since 1996 he is the head of the Multimedia Communications Lab at Darmstadt University of Technology, Germany. From 1997 to 2001 he directed the Fraunhofer (former GMD) Integrated Publishing Systems Institute IPSI in Darmstadt. In 1999 he founded the Hessian Telemedia Technology Competence Center (httc e.V.).

Prof. Klara Nahrstedt is currently an associate professor in the Department of Computer Science, University of Illinois at Urbana-Champaign.

Over the last ten years she has been working on various research problems in the area of Quality of Service provisioning for real-time multimedia processing and communication systems and published over 100 papers in leading conferences and journals. She is the editor-in-chief of the ACM/Springer Multimedia Journal, as well as she has served on the editorial board of IEEE Transactions on Multimedia, Computer Networks Journal, Journal on Multimedia Applications and Tools, and ACM Computer Communication Review Journal.

For her research results she was awarded the Early NSF Career Award, the Junior Xerox Award, IEEE Communication Society Leonard Abraham Award for Research Achievements, and the Ralph and Catherine Fisher Professorship Chair. 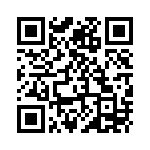