Edmund S. Morgan is Sterling Professor of History Emeritus at Yale University and past president of the Organization of American Historians. William T. Hagan (1918–2011) was professor emeritus of history at the University of Oklahoma and the author of The Sac and Fox Indians, Indian Police and Judges, United States-Comanche Relations, and The Indian Rights Association. John Hope Franklin (1915–2009) was the James B. Duke Professor of History Emeritus at Duke University. He is the author of many books, including Mirror to America: The Autobiography of John Hope Franklin and Racial Inequality in America. 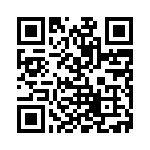