I read this book back when I was a university student. I made a point of reading at least one article a day (but usually many more), until I had finished it. It really was, and is, a great overview of ... Read full review

This book is so intimidating. It's massive, but thankfully it included a lot of information about nearly everything you could ever want to know about Japanese culture. If an odd topic of some ... Read full review

68 other sections not shown

Mark Schilling set off for Japan in 1975 to immerse himself in the culture, learn the language, and haunt the theaters. He has been there ever since. In 1989 he became a regular film reviewer for theJapan Times , and has written on Japanese film for a variety of other publications, includingScreen International , the Japan edition of Premier, the Asian edition ofNewsweek, Asian Wall Street Journal , Japan Quarterly , Winds,Cinemaya, and Kinema Jumpo . 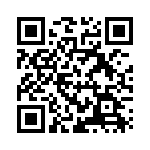