This book is a timely and it has brought out many vital points which would increase one's knowledge on African American Pentecostalism. I did not regret of reading it. The book has also served as the history of Pentecostal movement because it has revealed the development of Pentecostalism.

Estrelda Y. Alexander (Ph.D., The Catholic University of America) is a visiting professor of theology in the School of Divinity at Regent University in Virginia Beach, Virginia, and executive director of the William Seymour Educational Foundation. 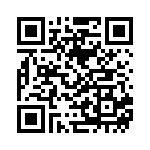