Douglas A. Van Belle is a Senior Lecturer in Media Studies at Victoria University of Wellington. He was the first person to have served as the president of both the Foreign Policy Analysis and the International Communication research sections in the International Studies Association. He has also served as the Editor-in-Chief of International Studies Perspectives and Foreign Policy Analysis and has conducted extensive research on media systems and information flows in international politics. He created the press freedom data set that precedes this study, to examine the effect of media freedom on international conflict, as exemplified by “Press Freedom and the Democratic Peace” (Journal of Peace Research). That initial analysis was expanded to complete Press Freedom and Global Politics (Praeger), which provides the foundation for the extension conducted here. Studies of popular media and political theory led to the undergraduate textbook, A Novel Approach to Politics, which is now in its 4th edition. Also, before returning to the analysis of media freedom with this project, he conducted a series of studies examining the relationship between information flows, disasters, and foreign aid, including Media, Bureaucracies and Foreign Aid (Palgrave: With Potter and Rioux). 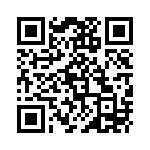