SOJOURNER TRUTH: A Life, a Symbol

A successful effort to separate a human being from the familiar "Strong Black Woman'' symbol she has become. A powerful speaker who moved audiences to laughter even as she delivered harsh truths about ... Read full review

Nell Irvin Painter's work provides two messages: a readable biography and an analysis of how "symbols" function within a culture. Either message is worth the read. Nell is successful at both messages ... Read full review

Nell Irvin Painter is the award-winning author of many books, including Sojourner Truth, Southern History Across the Color Line, Creating Black Americans, The History of White People, and Standing at Armageddon. She is currently the Edwards Professor of American History, Emerita, at Princeton University and lives in Newark, New Jersey, and the Adirondacks. 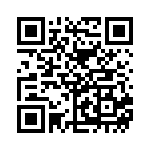