Fabrizio Pregadio has taught at different universities in Italy, Germany, the United States, and Canada. He is the author of "Great Clarity: Daoism and Alchemy in Early Medieval China" (Stanford University Press, 2006) and the editor of "The Encyclopedia of Taoism" (Routledge, 2008). In addition to his scholarly activities, he publishes translations of original texts on Taoism and Taoist Internal Alchemy (Neidan) addressed to a wider audience. These translations, published by Golden Elixir Press, include the "Cantong qi" (Seal of the Unity of the Three); the "Wuzhen pian" (Awakening to Reality); the "Ruyao jing" (Mirror for Compounding the Medicine); the "Yinfu jing" (Scripture of the Hidden Accordance); and "Cultivating the Tao", a work by the great Taoist master, Liu Yiming. 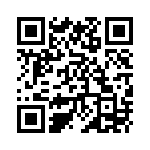