With regards to energy reform, the author writes, "Frankly though, the thought of any kind of delay, no matter how rationally justified, terrifies me." Me too, after reading this clear, concise (only ... Read full review

THE END OF OIL: On the Edge of a Perilous New World

Enjoy your SUVs while you can, gas-guzzlers: the glory days of hydrocarbons are over—and hard times are on the way.So warns freelance journalist Roberts, who's made the energy industry his beat for ... Read full review

Paul Roberts is the author of The End of Oil, a finalist for the New York Public Library's Helen Bernstein Book Award in 2005. He has written about resource economics and politics for numerous publications, including the Los Angeles Times, the Washington Post, and Rolling Stone, and lectures frequently on business and environmental issues. He lives in Washington State. 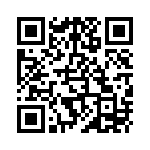