This contribution to polar history—a contextualized and annotated reproduction of Richard Byrd's scant diary during the most important years of his life—from Ohio State University archivist Goerler ... Read full review

Rear Admiral Richard E. Byrd was a U.S. naval officer and aviator-the only person of his time who had flown over both the North Pole and the South Pole and one of the first men to fly the Atlantic. During World War I, he was lieutenant commander of the U.S. air forces in Canada. Skyward (1928) tells of the first airplane flight made over the North Pole with Floyd Bennett in 1926. Little America (1930) is a detailed record of Byrd's flight over the South Pole. Alone (1938) is his remarkable tale of fortitude during his self-imposed isolation at Advance Base in the Antarctic in 1934. In the spring of 1947, Byrd returned from his fifth and largest polar expedition, the largest exploring expedition ever organized-13 ships staffed by 4,000 men, entirely naval in personnel. Byrd received a special medal of the National Geographic Society from President Herbert Hoover in 1930, the Legion of Merit for outstanding services from President Franklin D. Roosevelt in 1945, and the Defense Department's Medal of Freedom in 1957. President Dwight Eisenhower placed Byrd in charge of all Antarctic activities of the United States. Admiral Byrd was in over-all command of the Naval task force that, between 1955 and 1959, was to prepare, supply and maintain a series of scientific stations in Antarctica. Byrd died in 1957. He was buried with full military honors in the Arlington National Cemetery. 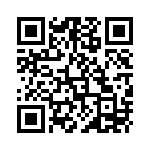