Riding motorcycles from 1975, Alastair Walker has tested classic Vincents and 190mph Suzuki Hayabusas. He has toured New Zealand, Oregon, California and most of Europe by motorcycle and followed the Paris-Dakar rally as a journalist in 2001. His favourite motorcycle in 30 years of biking was his Honda 400/4 as "it was the first bike I ever did the magic ton on and got my knee down whilst riding. Fabulous '70s classic." With more than 2,500 features published on motorcycles, cars and scooters worldwide, Alastair has written for the Manchester Evening News, Bike, T.W.O. Classic Bike Guide, MSL, Classic Mechanics, NZ Motorcycle Trader, Dealernews USA, and edited online magazine www.insidebikes.com from 2000 to 2007. His books include Scooterama and The Cafe Racer Phenomenon. 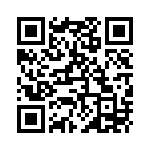