Nicola Terrenato is the Esther B. Van Deman Collegiate Professor of Roman Studies at the University of Michigan, where he specializes in first-millennium BCE Italy, with particular reference to northern Etruria, early Rome and the period of the Roman conquest. Since 2007, he has directed the Gabii Project. He is co-editor of Italy and the West: Comparative Issues in Romanization (2001), Articulating Local Cultures: Power and Identity under the Expanding Roman Republic (2007), State Formation in Greece and Rome (2011), Roman Republican Villas: Architecture, Context, and Ideology (2012) and A Mid-Republican House from Gabii (2016). 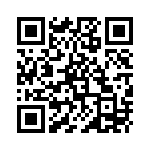