Page Talbott is a decorative and fine arts consultant from Bala Cynwyd, Pennsylvania. She has written extensively on the classical revival in America, on the history of American interiors, and on decorative arts in general. Talbott is the coauthor, with David A. Hanks, of Innovative Furniture in America, and is a contributor to Treasures of State and the Philadelphia Museum of Art's Three Centuries of American Art. 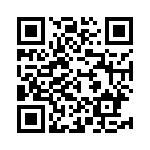