Edwin G. Pulleyblank is Professor Emeritus of the Department of Asian Studies at the University of British Columbia. 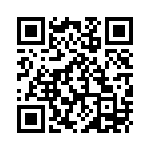