Page 45 - There ray'd from cities o'er the cultured land, Shall bright canals, and solid roads expand.— There the proud arch, Colossus-like, bestride Yon glittering streams, and bound the chasing tide ; Embellished villas crown the landscape scene, Farms wave with gold, and orchards blush between.
Appears in 79 books from 1800-2007
Page 45 - ye rising realms record Time's opening scenes, and Truth's unerring word. — There shall broad streets their stately walls extend, The circus widen, and the crescent bend ; There ray'd from cities o'er the...
Appears in 76 books from 1800-2006
More
Page 29 - We got into Port Jackson early in the afternoon, and had the satisfaction of finding the finest harbour in the world, in which a thousand sail of the line may ride in the most perfect security.
Appears in 90 books from 1849-2006
Page 47 - Thus in the event of a bridge being thrown across from Dawes' battery to the North Shore, a town would be built on that Shore ; and would have formed, with these buildings, a -grand whole that indeed would have surprised anyone on entering the harbour ; and have given an idea of strength and magnificence that would have reflected credit and glory on the colony, and the mother country ; and might have been easily accomplished (which I can prove) by the same number of hands that have worse...
Appears in 5 books from 1930-2006
Page 29 - At ten o'clock the Sirius, with all the ships, weighed, and in the evening anchored in Port Jackson, with a few trifling damages done to some of them, who had run foul of each other in working out of Botany Bay. Port Jackson I believe to be, without exception, the finest and most extensive harbour in the universe, and at the same time the most secure, being safe from all the winds that blow.
Appears in 11 books from 1869-2006
Page 123 - Cribb-lane, but the more significant name of Gallows Hill yet cleaves, I believe, to one of those. But in reality these streets are at least not roads, being scarcely traversable by vehicles, and destitute of all signs of forming, metalling, guttering, sewering. The houses which line them are small and comparatively ancient stone cottages, so unevenly and irregularly built that the doorstep of one residence sometimes approximates to the eaves of another. Where the erections are of wood their dilapidated,...
Appears in 4 books from 1973-2006
Page 123 - Durand's-alley may be sketched as a fair sample of the "oldhand haunts" of the colony. And yet, at the outset, the word alley scarcely conveys an idea of the place. It is, at least, a Seventeen Dials of alleys, one running into another, and most of the houses in which are single rooms with earthen floorings, and utterly destitute of windows, chimneys, and doors. Serpent-like gutters, choked with filth, trail before the tottering tenements, and a decayed water-butt, filled with greasy-looking raincatchings...
Appears in 4 books from 1859-2006
Page 123 - Rocks," in Sydney, are, in roguery and raffery, as vile as Whitechapel. Scenes of riot and debauchery — sin in its bizarre and most lurid aspects — are daily and nightly enacted in these localities. Here, in these Alsatias, the last attenuated remnant of convictism may be traced — the most hideous developments of old and new world ruffianism are presented.
Appears in 4 books from 1859-2006
Page 123 - ... cottages, so unevenly and irregularly built that the doorstep of one residence sometimes approximates to the eaves of another. Where the erections are of wood their dilapidated, filthy appearance is all the more striking. The interior of these abodes usually consists of two dirty bare rusty-coloured chambers, of small size, and yet too large for the scanty articles which constitute their furniture. Of the inhabitants I will not say much: in some cases misfortune may have led and may keep them...
Appears in 3 books from 1980-2006
Page 123 - I am acquainted with some of the worst parts of London, such as Jacob's Island, Golden Square, Lambeth, Drury Lane, Gravel Lane, etc., and with the most unhealthy parts of Liverpool, Paris and other towns, but nowhere have I seen such a retreat for filth and vice as "The Rocks
Appears in 6 books from 1961-2006
Less

Peter Lalor is an award-winning author and journalist. Now a senior sports writer with The Australian, he has contributed articles to The Weekend Australian Magazine, Rolling Stone, Black + White Magazine, Luxury Travel and a number of books and international publications. In his two decades as a journalist he has covered numerous major stories including the Bali bombings, the Hoddle St massacre, the Tampa crisis, the Sydney and Athens Olympics and the Australian cricket team's 2004 tour of India. In 2002 his first book, Blood Stain, was published by Allen & Unwin. It became an instant bestseller and won the 2003 Ned Kelly Award for Best True Crime Writing and is the subject of a Discovery Channel documentary. 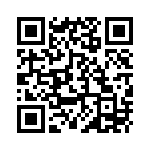