Bigfoot: the life and times of a legend

Although Buhs (The Fire Ant Wars) makes his personal stance clear in the preface, this book does not try to convince the reader that Bigfoot does or does not exist or argue for or against the legend ... Read full review

Joshua Blu Buhs is an independent scholar and the author of The Fire Ant Wars, also published by the University of Chicago Press. 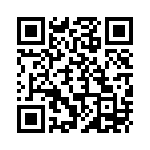