Stephen Mark Kotkin was born on February 17, 1959. He is a historian, academic and author. Kotkin graduated from the University of Rochester in 1981 with a B.A. in English. He studied Russian and Soviet history under Reginald E. Zelnik and Martin Malia at the University of California, Berkeley, where he earned his M.A. in 1983 and his Ph.D. in 1988, both in history. Starting in 1986, Kotkin traveled to the former Soviet Union several times for academic research and fellowships. He was a visiting scholar at the Russian Academy of Sciences (1993, 1995, 1998, 1999, 2012). He joined the faculty at Princeton University in 1989, and was the director of in Russian and Eurasian Studies Program for 13 years (1995-2008). He is currently the John P. Birkelund '52 Professor in History and International Affairs at Princeton. He is also a W. Glenn Campbell and Rita Ricardo-Campbell National Fellow at Stanford University's Hoover Institution. He was a finalist for the 2015 Pulitzer Prize in Biography with his title Stalin - Vol. 1 : Paradoxes of Power, 1878-1928. 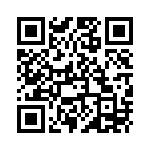