Let me start by admitting this is my first book by Jackie Ashenden's novels, and I will forever be a fan. The Dangerous Billionaire left no emotion untapped and no stone unturned. I give it a five ... Read full review

Though this is another foster brother/sister situation Sullivan "Van" Tate doesn't have the same hesitation as Gideon in "Sin for me". His focus is fixed on the completion of his "mission" and getting ... Read full review

Jackie Ashenden lives in Auckland, New Zealand with her husband, the inimitable Dr. Jax, and their two kids and two cats. When she's not torturing alpha males and their stroppy heroines, she can be found drinking chocolate martinis, reading anything she can lay her hands on, posting random crap on her blog, or being forced to go mountain biking with her husband. She is the author of The Dangerous Billionaire. 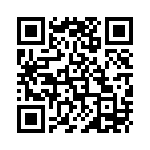