Thomas McGuire teaches American history at Malvern Preparatory School near Paoli, Pennsylvania, and is the author of Battle of Paoli and Stop The Revolution. 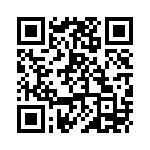