Barlaam and Josaphat is a Christianized version of the story of Siddharta Gautama, who became the Buddha. In the Middle Ages the two were treated as Christian saints, being entered in the Greek ... Read full review 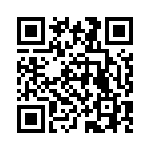