It's a bit unclear just what this book was trying to be: biography of Black Hawk? History of the Black Hawk War? Meditation on antebellum American identity and public memory? Maybe each and all, a bit ... Read full review

BLACK HAWK: The Battle for the Heart of America

Illuminating study of that least-known of America's Indian wars, which made Illinois safe for corn and industry.As historians such as Jill Lepore and Charles Mann are ever more plainly demonstrating ... Read full review

Kerry A. Trask, a scholar of early-American history, is a professor at the University of Wisconsin-Manitowoc who earned his Ph.D. at the University of Minnesota. Trask is the author of two previous books; his most recent is Fire Within: A Civil War Narrative from Wisconsin, which was awarded the Leslie Cross Nonfiction Award in 1996. He now lives on the west shore of Lake Michigan. 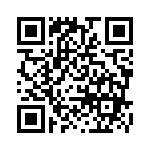