One of Canada's leading research geographers, Larry S. Bourne was a student of Brian Berry at the University of Chicago, where he received his Ph.D. in 1968. Through the 1970s and early 1980s, he served as director of the Center for Urban and Community Studies at the University of Toronto. In this position Bourne oversaw the publication of numerous discussion papers and books that documented the details of the urbanization process in Canada. The methods and concepts utilized were adopted in studies in other regional contexts. Bourne has researched the urbanization process on both the inter- and intraurban scales. His early work on private redevelopment of central cities was a landmark study on that topic. His work on Canada was supplemented with broader research themes, such as the geography of housing, and through the International Geographical Union's Commission on Settlement Systems, his comparative work on urban systems. He completed a work on the social geography of Canada. 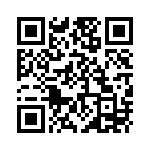