A novelist, playwright, and critic, Giraudoux entered the diplomatic service in 1910 and, with the exception of World War I, pursued that career until his retirement in 1940. He rose from the rank of consular attache to that of cabinet minister. Giraudoux traveled widely (he was always fascinated by Germany) and had published about 30 titles, most of them novels, before becoming a dramatist at age 46. His first play, Siegfried (1922), marks an important watershed in French theater because it turns away from the conventions of naturalism toward a more poetic and intellectually dense drama. Giraudoux's novels are noted for their preciosity of language and their poetic and mythical qualities. His plays are highly stylized and poetic, generally avoiding "psychological realism." They are frequently confrontations of ideas or contrasts of opposing attitudes toward human experience. He was "more interested in ideas than in dramatic action, more interested in conversation than in ideas" (Gassner). Two of Giraudoux's plays won the New York Drama Critics Circle Award: Ondine (1939) in 1954 and Tiger at the Gates (1935) in 1956. 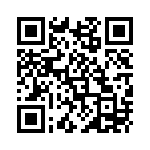