Walter L. Brenneman, Jr., and Stanley O. Yarian are in the Department of Religion at the University of Vermont.

Alan M, Olson, who edited Disguises of the Demonic, is on the faculty of Boston University. 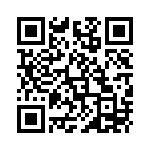