Noël Carroll is Distinguished Professor of Philosophy at the Graduate Center, City University of New York. His recent books include Art in Three Dimensions, On Criticism, Humor: A Very Short Introduction, Living in an Art World, and Minerva's Night Out: Philosophy, Pop Culture, and Moving Pictures.

John Gibson is Associate Professor of Philosophy at the University of Louisville.Among his publications are Fiction and the Weave of Life and, as editor, The Philosophy of Poetry. He is currently working on a book titled Poetry, Metaphor & Nonsense: An Essay on Meaning. 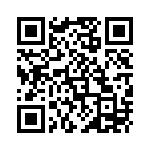