Joe Germanotta, or “Mr. G,” was born August 9, 1957 in Elizabeth, New Jersey and is the father of Stefani and Natali Germanotta. He has been married to Cynthia Bissett Germanotta since 1983, when the two wed in New York City in the small chapel at the historic St. Patrick’s Cathedral.

He is a graduate of The School of Hospitality Business, an industry-specific school within the Eli Broad College of Business at Michigan State University. A devoted Spartan Basketball fan, he is a passionate supporter of the team during the “March Madness” NCAA tournament.

For thirty-five years, Mr. G has worked for large corporations, owned and operated several businesses, and now works as part of his daughter’s management team. In addition to his work in the music industry, Mr. G sits on the board of directors for Lady Gaga’s charitable organization, Born This Way Foundation.

Joanne Trattoria is his inaugural food-industry endeavor and the realization of his boyhood dream of owning a restaurant. 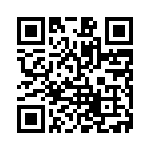