Review published by László Péter in EUROPE-ASIA STUDIES, Vol. 58, No. 2, March 2006, pp. 303-306.
THIS IS A BOOK THAT FILLS AN OBVIOUS GAP. The extensive literature on the 1956 Hungarian revolution has, for understandable reasons, mostly focused on the internal rather than the external side of those tumultuous events. Firstly, the popular upheaval offered a gripping story, and no historian worth their salt should pass up the opportunity to unfold such a tale. Also, many of the authors themselves were participants rather than outsiders in the story. And ‘most Western scholars have viewed the 1956 events from the perspective of the Hungarian freedom fighters’ (p. 86). Furthermore, the Great Powers and other states involved in the events had no interest in revealing the role they played in the evolving crisis. Cold War conditions meant that the documents relating to their decision-making were kept under wraps for over three decades: 1956 did not pass into history.
Today’s perspective is altogether different. Communism and the Cold War are in the past,
1956 has finally become history and, above all, the archives opened up (even though some doors are still only kept ajar). Granville has written a book that focuses on the external side of the story: the decision-making by leaders of the key states whose actions determined the fate of the revolution. She has made extensive use of Russian documents (including the revealing notes of Vladimir Malin, a high official of the CPSU’s Central Committee), Polish, Yugoslav and US papers as well as Hungarian material [...]. Soviet leaders had been concerned about the situation in Hungary since 1953. They recognised the growing crisis at the top of the party but failed to see the more dangerous one further down: the hostility of the general population towards the ‘alien’ communist system. In the conflict between the reformer Nagy and the Stalinist Rákosi, Suslov—the leader most directly involved with Hungarian affairs—criticised yet supported the former and was ambiguous towards the latter. Mikoyan, the CPSU special emissary, arranged Rákosi’s resignation in July 1956. But this was too late to solve the crisis in the party. ‘The Kremlin leaders apparently approved of Rákosi even when they dismissed him’ (p. 33). But they soon recognised that the selection of Gerő (another Jewish Stalinist) rather than the home communist Kádáŕ to replace Rákosi was a mistake.
During the Cold War it was largely the confrontation between the two superpowers that provided the context for the external side of the crisis. New archival evidence, however, sheds light on the involvement of Hungary’s neighbours as well. Tito’s ‘Third Path’, and the relatively free atmosphere among Yugoslav diplomats and journalists influenced party members in Hungary. When Yuri Andropov (Ambassador to Hungary), Gerő and others complained to Soviet leaders about this during the summer of 1956, they repeatedly interceded with President Tito without any success. Moscow warned the East European parties not to ‘take the Yugoslav example’ (p. 44). Khrushchev brought Tito and Gerő together in the Crimea to create the impression to the other satellites that Gerő’s selection had Tito’s approval.[...]
This perspective of international decision-making in 1956 offers new insights into important events. The publication of Granville's work which facilitates a greater understanding of the 1956 Hungarian revolution through an excellent analysis of its external sources, is a timely contribution to the commemoration of 1956's fiftieth anniversary this year.
--László Péter, School of Slavonic and East European Affairs, University of London

Reviewed for H-Diplo by Dr. Ronald J. Granieri, Department of History,
University of Pennsylvania (May 19, 2005).
http://h-net.msu.edu/cgi-bin/logbrowse.pl?trx=vx&list=h-diplo&month=0505&week=c&msg=DZYOnmzugzyv/pShkOPh7A&user=&pw=
[...] [W]e should begin by discussing the positive qualities of this impressively researched, well-organized, and clearly written work. Granville's book is the product of truly stunning multi-archival research that "lives up to the hype" associated with the New Cold War History. Simply learning the notoriously complicated Hungarian language would have been impressive enough, but Granville goes even further, making intense use not only of Hungarian archives, but also Russian, Polish, German, Austrian, and American documents to create a detailed reconstruction of the 1956 crisis within the Soviet bloc; a crisis that found its most extreme expression in Hungary but was by no means limited to that unhappy land. All scholars can learn a lesson from Granville's commitment to language study and its importance in writing real international history. This wide reading allows a much more detailed and nuanced interpretation of the Hungarian situation and its relationship to the larger crises of 1956 than previous scholarship could provide. Most importantly, Granville shows that, contrary to many assumptions made at the time and since, neither the Soviet leadership under Nikita Khrushchev, nor the Hungarians, nor (least of all) the Americans were completely in control of events during that turbulent fall. Her research unearths a great deal of conflict beneath the familiar story. One especially interesting element of Granville's work is her dissection of the complex relationship between Imre Nagy's rebellious Hungary and Tito's Yugoslavia. Although one might expect that Tito would embrace Nagy as a fellow "national communist," Granville reveals that Tito's concerns about possible nationalist “spillover” from Hungary into multiethnic Yugoslavia led him to cooperate with Khrushchev's plans for military action to crush the Hungarian revolt. Tito's later protests about the treatment of Nagy and his comrades after they sought refuge in the Yugoslav embassy in Budapest, Granville argues, were an example of Yugoslav efforts to maintain their independent image, but should not obscure the ambiguity of Tito's actions leading up to the Soviet invasion, which helped encourage Khrushchev to intervene (pp. 100-112).
The Yugoslav connection is itself only part of Granville's larger discussion of relations between the Soviet Union and its satellites. She convincingly shows that Soviet decisions had to emerge from a complicated landscape that included rivalries among the satellites, as well as within the fractious Soviet leadership. Thus Khrushchev could never isolate his decision making on Hungary from outside concerns, be they the situation in Poland, relations with Tito, the ongoing problems along the Suez Canal, or concerns about rising Chinese challenges to Soviet control of the Communist world. A final chapter on American policy shows that the Eisenhower administration pursued no coherent policy either, contradicting both the hopes of many Hungarians and the fear of many Soviets and other Communists for American support of "roll back." Ultimately, Granville suggests that issues of ideology were subordinated to the practical problems of managing crises. As a result, leaders in Moscow, Budapest, and elsewhere were not consistent or determined on a single course. Each hesitated at key moments, and many contradicted themselves, often operating on incomplete or inaccurate assessments of the larger situation and their own capabilities.[.....]

JOHANNA GRANVILLE was recently the Panitza Visiting Professor of communist studies at the American University of Bulgaria and formerly a Campbell Fellow at the Hoover Institution, Stanford University. A visiting scholar at the Woodrow Wilson Center in 2000, she has also taught on Fulbright grants at the University of Debrecen in Hungary, and the Moscow State Institute of International Relations, as well as at the U.S. Air War College, Harvard, Georgetown, Tufts, Carnegie Mellon, Clemson, and the University of Massachusetts at Boston. A recipient of Fulbright, IREX, Kennan Institute, and ACTR grants, she has spent many years conducting archival research in Russian and Ukrainian cities, Budapest, Warsaw, Bucharest, Vienna, and Berlin. She is the author of The First Domino: International Decision Making during the Hungarian Crisis of 1956 (Texas A & M University Press, 2004) and over forty refereed articles and working papers. She earned her MALD and Ph.D. in International Relations from Tufts University's Fletcher School of Law and Diplomacy, and her BA in Russian Language and Literature from Amherst College. Her dissertation compared the Soviet military interventions in Hungary, Czechoslovakia, and Afghanistan. 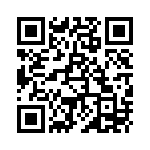