I read this while working on my Intl Affairs degree at FSU and it is a book I will always keep. Well written, easy to grasp the concepts presented.

William Roberts Clark is associate professor of political science at the University of Michigan. He is the author of Capitalism, Not Globalism, and his articles have appeared in American Political Science Review, Comparative Political Studies, Political Analysis, and European Union Politics, among other journals. He has been teaching at a wide variety of public and private schools (William Paterson College, Rutgers University, Georgia Tech, Princeton, New York University, and the University of Michigan) for over a decade.

Sona Nadenichek Golder was previously assistant professor of political science at Florida State University. She is the author of The Logic of Pre-Electoral Coalition Formation, and has published articles in the British Journal of Political Science, Electoral Studies, and European Union Politics. She teaches courses on European politics, democracies and dictatorships, comparative institutions, game theory, and comparative politics at Florida State University and was a Mentor-in-Residence for the 2007 Empirical Implications of Theoretical Models Summer Program at UCLA . 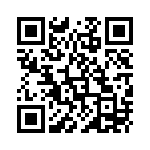