YANN MARTEL was born in Spain in 1963 of Canadian parents. Life of Pi won the 2002 Man Booker Prize (among other honors) and was adapted to the screen in the Oscar-winning film by Ang Lee. Martel is also the author of the novels The High Mountains of Portugal, Beatrice and Virgil, and Self, the collection of stories The Facts Behind the Helsinki Roccamatios, and a collection of letters to the prime minister of Canada, What Is Stephen Harper Reading?. He lives in Saskatchewan, Canada.

Tomislav Torjanac was born in 1972 in Croatia, where he lives and works as a freelance illustrator. In 2006, he won the international competition to find an illustrator for this new edition of Life of Pi. Amongst other things, he's done many book covers and illustrated a few children's books, including James Joyce's The Cat and the Devil. 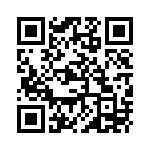