Monique Bernards is Lecturer in Arabic at the University of Groningen, the Netherlands. She is a specialist in the history of the theory of Arabic grammar. Her publications include Changing Traditions. Al-Mubarrad's Refutation of Sībawayh & the Subsequent Reception of the Kitāb. She was also assistant editor of the five-volume Encyclopaedia of the Qu'rān.
John Nawas is Professor of Arabic and Islamic Studies at the Catholic University Leuven, Belgium. He has written on the religio-political and social history of classical Islam with focus on the caliphate and the ulama. Also an Assistant Editor of the Encyclopaedia of the Qu'rān, he is now one of the four Executive Editors of the Encyclopaedia of Islam. Third Edition. 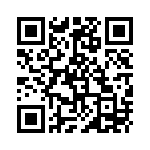